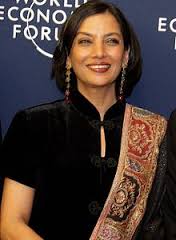 She has been queened undoubtedly as the most versatile actress of all times. She can mould herself into any character with a finesse which most of the actress can only dream of.

Apart from acting, Shabana Azmi has been the most underrated ethnic icon of all times. Pick up any of her movies and you are bound to be cast under the spell of Shabana Azmi ethnic style. I am sure after every movie, you will be left with an image of an ethic ensemble which was put up oh-so-gracefully. Take the movie Arth for example, you will be spell bound by the simplicity of her dressing style yet it never fails to make a mark on your mind. The white Kurt’s with red dupatta in the song “Tum itna jo muskura rahe ho…”. The grey satin saree in the song “Koi ye kaise bataye”. The off white silk shalwar suit in the song “Jhuki jhuki si Nazar”.

Everything remains etched in the mind for a very long time. Each of Shabana Azmi ethnic style look is simple yet elegant. Even if she is seen wearing printed sarees, she does it with elan. While the actress of her time were busy arranging the huge bun on Thier heads, she let her glossy hair loose and styled it in layers or step cuts.Shabana Azmi ethnic style was all about makeup that was bare minimum as she had a flawless skin. Her eyes were and still are, heavily kohled. Her lips usually had nude glossy lipsticks.

Over the years Shabana Azmi ethnic style has evolved her but she still rules the hearts with her ethnic ensembles. She is seen wearing silk kurtas, elaborate dupattas and eye catching jewellery. Recently she has also experimented with palazzos. 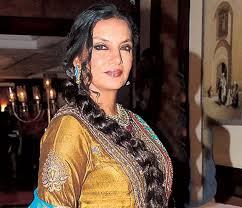 She has experimented with various hair lengths but manages to carry them with sheer aplomb. Her skin still has that healthy glow. Her eyes are still kohled. Shabana Azmi ethnic style still rules the hearts.

More from my site

This site uses Akismet to reduce spam. Learn how your comment data is processed.